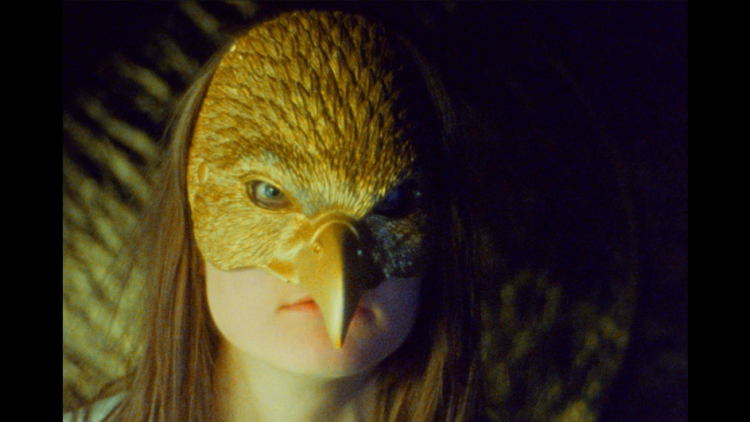 In 2003 Chris O’Neill spent a period of time in New York City where he shot several films on black and white 16mm film stock. One of these pieces was never completed. 15 years later, O’Neill went back to this unused footage and created an entirely different film using out-takes. The conventions of the narrative are discarded and the images – a mixture of a female face in close-up and tails and heads of film reels – become an exploration of the materiality of film.

A glimpse in between two frames that ignite under the pressure of a gunpowder spark.

In Blood in the Butter, Shelly Kamiel invites viewers into an intense personal vision that is as unsettling as it is visually enticing. Melt into a fluid of vibrant luscious lunacy. Memories become power and melt down into a weapon. The source of that power becomes so electrified that it becomes everything.

A Super-8 film that conveys the haunting charge of a privately made home movie of great significance to its creators but unsettlingly mysterious to viewers. Its grainy, black and white texture vividly renders the elemental coastal seascapes where it was filmed. Langan & Le Cain appear as a couple who inhabit this wild terrain as if it were a domestic arena.

This hallucinatory trip through the psychedelic recesses of science fiction begins in the flickering bowels of the earth. An explorer played by Cillian Roche undergoes a bizarre mutation in which cinema itself might possibly play a part. Clavadetcsher’s gorgeous 16mm colours and dazzlingly intense editing are underscored by a characteristic lightness of touch.

The masked female figures that wander adrift through Pour Hosseini’s intensely lyrical explorations of displacement find their most energetic form in the bird-woman at the centre of Kinetics. Shot in saturated 16mm colour, this dreamlike film follows a primeval female figure exploring an ancient landscape poised over an endlessly blue sea. She is at once alienated from and engaged by her surroundings, which suggest a site of self-discovery as much as one of profound disorientation.