Nick Allen: The End of the Great War in Indo-European Epic 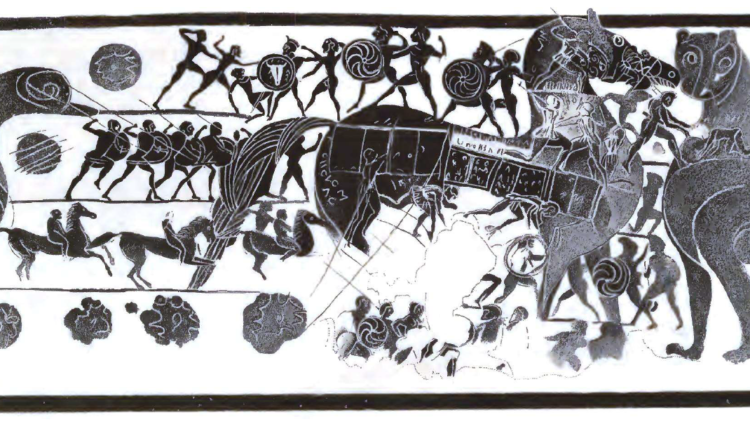 The End of the Great War in Indo-European Epic: The Trojan Horse in the Light of the Mahābhārata

In Sanskrit and Greek epic traditions the Great War has five phases. These are distinguished by the five or four successive leaders of the Losers or Baddies (Kauravas/Trojans). In the Sanskrit, Phase V is a massacre carried out by Kauravas, who are led by Aśvatthāman, son of Droṇa; in the Greek, it is a massacre carried out by the Victors or Goodies, using the Wooden Horse. This difference can be called the ‘Cross-over’. The paper compares Aśvatthāman and the horse, taking into account Droṇa’s death in Phase II, and then tries to cast light on the Cross-over. Phase V of the Sanskrit Great War is foreshadowed by the massacre carried out by Arjuna and Krishna at Khāṇḍava Forest. It is proposed that Greek tradition has amalgamated a proto-version of the Khāṇḍava episode, where Goodies triumph, with a proto-version of Phase V in which the Baddies triumph.

This website uses cookies to improve your experience while you navigate through the website. Out of these, the cookies that are categorized as necessary are stored on your browser as they are essential for the working of basic functionalities of the website. We also use third-party cookies that help us analyze and understand how you use this website. These cookies will be stored in your browser only with your consent. You also have the option to opt-out of these cookies. But opting out of some of these cookies may affect your browsing experience.
SAVE & ACCEPT